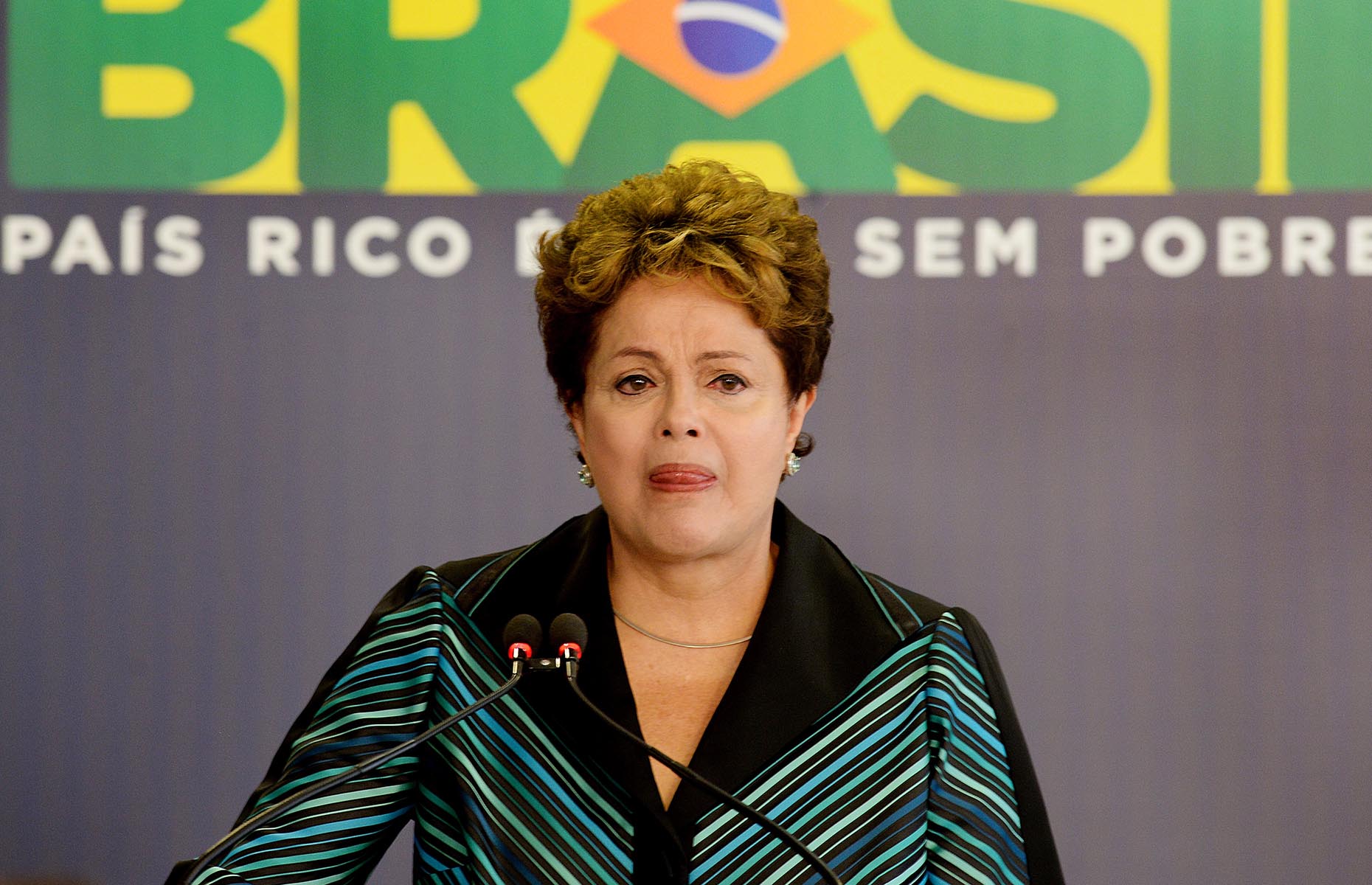 Brazilian President Dilma Rousseff cries while delivering a speech during the ceremony presenting the final report of the National Truth Commission (CNV) –which investigates those responsible for human rights violations between 1946 and 1988 in the country– at the Planalto Palace in Brasilia, Brazil, on December 10, 2014. The report lists those responsible for political repression and admits –for the first time– the disappearance of 434 people during the dictatorship. The disclosure of the document accompanies the International Human Rights Day commemoration. It also includes a list of places where forced interrogation, illegal arrests and enforced disappearances took place. AFP PHOTO/EVARISTO SA 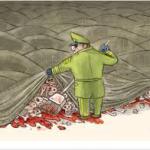